Home
SECTIONS
What would you like to know?
CopyCopied!
Email
Print
/
Spencer Grammer is pregnant PREVIOUS STORY Lindsay Lohan turns down plea deal in necklace theft case NEXT STORY 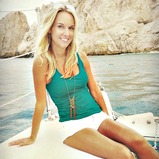 Kim Grundy is a mom, writer, expert laundry folder and sandwich maker, not necessarily in that order. Raised in Oklahoma, she is now a West Coast gal and lives in California with her husband and two sons, along with one dog, two fish (oo...

Ashley Olsen and her boyfriend, Justin Bartha, have split up. Insiders say his hard partying on the set of The Hangover 2 was too much for her.

Actress and fashion designer has broken up with her boyfriend of two years,

Olsen, 24, and Bartha, 32, were even rumored to be engaged before news of their split hit. Ashley, who is the twin sister of was spotted hanging out on The Hangover set back in 2008 -- and shortly after, rumors spread that they were planning an elaborate $1 million wedding in the South of France.

Her publicist shot down the rumors though. "Contrary to several tabloid reports, Ashley Olsen is not engaged to be married," Nicole Caruso told People. "Ashley is dating Justin Bartha and they are very happy."

Why did the couple call it quits? Their publicist is keeping mum on the details of the split, however, Star magazine said an insider confirmed she was "tired of waiting for him to settle down."

In fact, there were reports he was partying hard on the set of "She wasn't surprised that he'd cut loose a bit after hitting it big," says the source. "But she didn't expect him to start acting like a jerk toward her."

Mary-Kate is also a single gal, having just broken up with her boyfriend, Nate Lowman. I think the twin sisters need their own reality show! Mary-Kate and Ashley Take Manhattan, perhaps?

Slideshows
'The Fosters' sneak peek: 15 teasers from the Season 4 premiere
13 sensual (and nearly nude) photos the Kardashian-Jenners shared just this week
12 predictions for 'The Battle of the Bastards' episode of 'Game of Thrones'
Golden State Warriors' Stephen Curry may be a star — but so is his badass wife, Ayesha
Subscribe to

Get the good, the bad, and the gossip.

Please enter a valid email address.
Related Articles
It'll be a long time before Calvin Harris is on Team Hiddleswift by Leah Prinzivalli
9 hours ago
Calvin Harris' reaction to Taylor Swift kissing another man is not good by Cailyn Cox
1 day ago
So Ashley Olsen might be dating an older man — what of it? by Mckenna Bailey
2 days ago
Today's Big Stories
Hot
New in Entertainment
Close

SheKnows is making some changes!